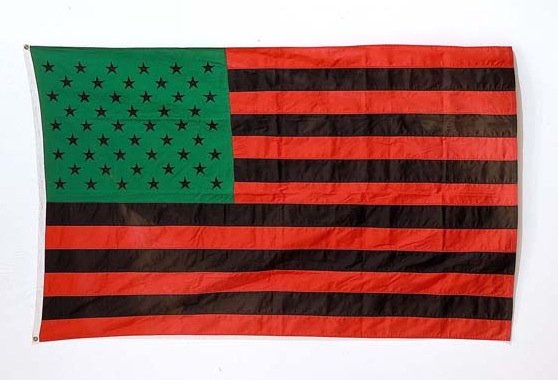 American installation artist, performance artist and sculptor. He studied in Los Angeles at the Chouinard Art Institute and the Otis Art Institute before settling in New York in 1974. He first gained a reputation for his series of Body Prints in the early 1970s. Often resembling X-rays in their detail and translucency, they are direct imprints of the body made on paper with grease. Injustice Case (1973; Los Angeles, CA, Mus. Contemp. A.) is typical in dealing with a contemporary racial issue, with the American flag framing the image presented in opposition to cultural and racial stereotypes. Contemporaneous with these were the Spade series, which featured garden spades as defiant metaphors for his race, appropriating a derogatory term used by prejudiced whites. These served as a prelude to the found-object sculptures he began to make in the late 1970s from cheap and discarded items such as elephant dung, Afro hair, chicken bones, bottles and bags. Hammons justified his use of such non-art materials which marked a reaction against what he saw as ‘clean’ art, by pointing to the precedents of Dada, Outsider art and Arte Povera. It was these works that brought him greatest recognition. Pissed Off (1981; see 1990–91 exh. cat., pp. 84–5), a work which involved him urinating against a Richard Serra sculpture, also suggests his distaste for much formalist sculpture as devoid of content. Higher Goals (1986; see 1990–91 exh. cat., p. 49), erected in Cadman Plaza, Brooklyn, NY, was one of his many public commissions, and typical of his lyrical interventions in the urban landscape; the project involved turning enormous telegraph poles into basketball hoops and decorating them with abstract patterns made from bottle caps.